We remember asking a client to tell us which defense mechanisms he used in his life. All of a sudden, he started singing the lyrics to Simon and Garfunkel’s famous song, I Am a Rock (Used by paid permission). “I am a rock; I am an island. And a rock feels no pain; and an island never cries.” Whoa! We all have many reasons why we learned to hide our hearts from being hurt. And because we often get hurt in love, we learned to hide from love as well. The Father is now inviting 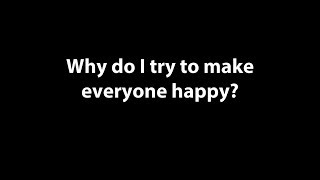 "Why Do I Try to Make Everyone Happy?"

In dysfunctional homes, children develop certain “roles.” The five classic roles that are most commonly referenced are the enabler, the hero, the scapegoat, the lost child, and the mascot. A child doesn’t necessarily function only in one role all of the time. In this first video clip below, Denise shares how one of the roles she assumed as a child was that of the mascot (sometimes referred to as the clown) and why this occurred. In the second video clip, Jerry shares from his

We all experience storms in our lives—storms that are unexpected, damaging, out of our control, costly. As we recently watched the fury of Hurricane Irma devastating the Florida Keys, we never dreamed that her destructive power would lash out at us in Georgia—the first tropical storm in history to hit the North Georgia Mountains. As the sheets of rain poured down and the gusts of wind increased, our trees started churning in circles. After dark, all we could hear were the sna 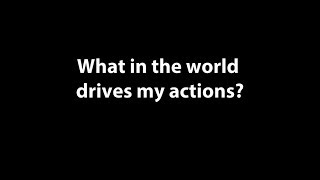 "What in the World Drives My Actions?"

Whenever we counsel, we are always looking for the “drivers” that are causing problems in our behavior and in our relationships. As we shared in a previous video, one of the most powerful drivers is “lie-based, toxic shame.” In this first video clip below, Jerry shares examples of how these drivers manifested in his life. In the second video clip, Denise shares the importance of foundational trust in our development and how a breach in this area can negatively affect us years 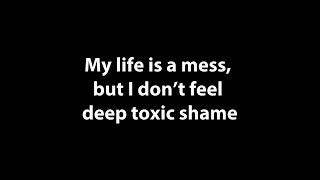 When we counsel individuals and couples, we look for the "drivers"--those things that are underneath the behaviors that cause the problems they are experiencing. One of these drivers is toxic, lie-based shame. The problem with this type of shame is that it has different "faces" and often remains hidden. In fact, many people we counsel are surprised when they discover they have a great deal of shame. Keeping shame hidden might seem like a good idea. You may be thinking, "Why w 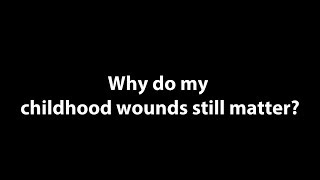 Here are two new 1-4 minute video clips taken from a seminar we conducted in Sanibel, Florida on The Missing Commandment: Love Yourself. Sometimes all we need is a brief insight on a topic or an answer to a question, and we believe that these video clips can provide just that. They may help you or someone you know. They could also be important for someone who hasn’t yet entered into the healing process and just needs some encouragement to move forward. Click on the videos bel

"Words to the Weary: A Daily Devotional" by Michelle Gunnin

“A Very Powerful Prophetic Dream and the Power of Prayer!”

“Prayers For A Critical Time In History”

"It Wasn't My Fault"

"Do You Want To Make The Most Out Of This Time?" by Pablo Giacopelli

“The Greatest Antidote to Fear”

Spanish Translation Now Available for "The Missing Commandment: Love Yourself"